Sorry for taking forever to write this, I hope you guys enjoy it!

I’m seven and I’m afraid of the dark, because when it’s dark the raiders come. My parents never tell me why the raiders come, I’m not quite sure why. Every night they bang on our door. My parents go to the door and open it. Then the raiders yell at them and threaten them. I can hear their angry curses from my room. I hear my parent’s cries and shrieks.

My parents come into my room. They tuck me in and say goodnight. Placing gentle kisses on my forehead. Then they leave me in the dark silence. I drift into deep slumber.

I wake up to shouts of dispute.

I sit up frozen in my bed.

“Don’t worry, you don’t have to sulk. You’ll be killed next.” A gruff voice replies.

I huddle under my covers. Trying to fall asleep. Hoping everything is a dream.

I ran into the darkness. My boots clashed against the mud. Dirt splattered onto my shirt. I spotted a gray rock in my muffled peripheral vision. I collided with it, causing my body to ache in deep pain. You’re almost there. All the earth whispered. I can’t stop now. I slowly got up, my silent cries filling the sky. The heavy winds forced me to stop, but I kept on pushing through. I stopped abruptly, falling to the ground. I forced myself up and kept on running. I ran further and further into the woods. I was lost. Lost in the wilderness. My heart beat faster as I ran deeper into the forest. Suddenly I lost control. I was so tired. I tried to breathe, but I couldn’t. I was helpless. I slowly sunk into the ground.

I woke up to the sound of birds. I blinked rapidly. Retracing everything that had just happened.

“I should be running.” I scolded myself. I lifted myself up and began to run. After running for about an hour I reached a small pond. Water. Clear water. I smiled.

The sun shone against the clear pond. Birds gathered near and fish leaped into the air.  A bunny hopped by and ran into the lovely meadow that was behind the pond. I was astonished by its beauty, its ordinary yet extraordinary beauty. I knelt against the bay, getting ready to place my hands into the water. Until a horrifying vision appeared in my peripheral vision. A dead man floating out of the water and onto the grassy bay. Strange things cuffed onto his arms and feet. Electrical currents floating into the pond. Sparks rapidly flashing every few seconds. Was he crazy? Water and electric don’t mix. I was afraid and frightened. But I wanted to help him. I remembered learning about CPR when I was younger. It wouldn’t hurt to try. So I walked over to the man. He was wearing a corduroy trench coat. With a compass in his right hand and a pocket watch in the other. I took a deep breath and began to start. After a while, his heart began to beat. Getting faster and faster each second. He blinked rapidly and then his eyes closed to a shut. 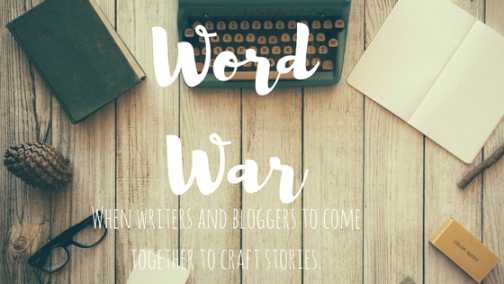 Okay, I have no idea how this is going to work XD.

After I get each of the characters information I will write chapter one. Remember, everyone has the creative liberty to control your character in the chapter. Please do not kill others characters in your chapters.

I can’t wait to start! 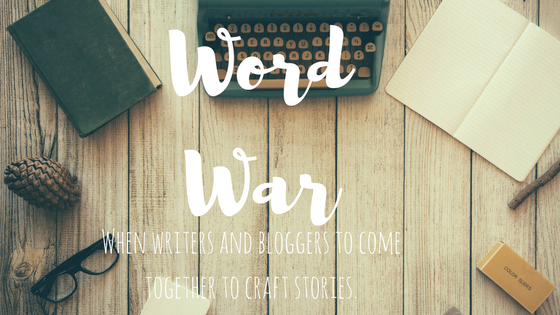 Since everybody signed up for Team Wanderer we will not actually be against each other, it will be a group story. 🙂

I will post the first chapter on August 2nd. 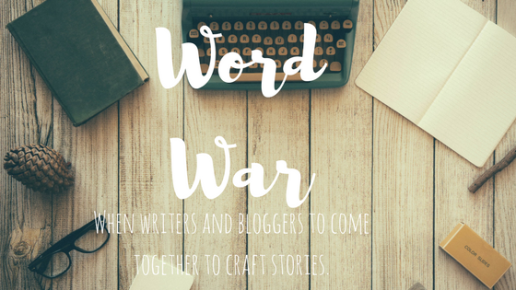 Hello, my friends! I am super excited to share with you that today, Word War is starting!

What is Word War?

Word War is a fun way for bloggers and writers to come together and create a 50,000 novel. I came with Word War a few years ago, but I never really put it on any of my websites, (considering my blog was a doll blog). I decided to do it now! Each blogger/writer chooses a team that they want to be on, once each team is even we can start!  The two teams compete against each other, working together as a team to write a novel.

Is there a theme?

Well…yes-but-no. This year’s Theme is Fanasty/Sci-fi but you can really do anything you would like, as long as your chapter lines up with the first chapter.

What do we even do?

I write the pro·logue of the story, so everybody gets an idea what to write, I will choose which team to be on later. Each team uses the same pro·logue, but they cannot copy the other teams’ stories. Each blogger writes a chapter for the story. Here is an example.

Misty Bloggs is at the top of the list so she writes chapter one etc. After each blogger writes a chapter, the next blogger does until we get to the bottom of the list. Then we repeat everything until the story is finished. 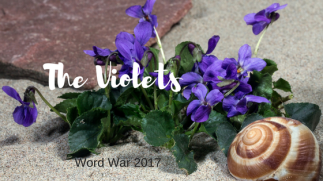 Choose the team you want to be on and tell me in the comments.

The signup/team choosing period will end July 28, which is one week from now.

Each chapter will be in first person.

Comment down below if you have any other questions! Have a great day!

There was an error retrieving images from Instagram. An attempt will be remade in a few minutes.